Sydney has an Able Traffic Partner with Sydney Traffic Control 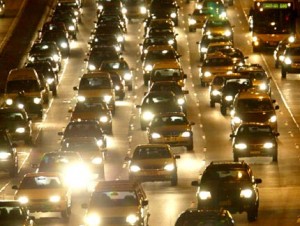 A traffic app on your smartphone helps track live traffic wherever you are. In addition to this, there’s social media like Twitter for instant traffic updates. However, more than these traffic aids, as a frequent Sydney visitor that comes here for some business and leisure every now and then had noticed an efficient traffic control and management by traffic Control Sydney had really made a big impact on the city’s traffic control.

I am not saying Sydney’s traffic is perfect but I think compared to other NSW areas, traffic here is much under better management. I noticed there are no so many “blind spot” especially in inner Sydney. Blind spots as we all know are dangerous especially for pedestrians walking or crossing the footpath. Traffic Control Sydney has done its work checking for these blind spots on every intersection in Sydney’s North.

As a Sydney visitor, I feel safe reading on the papers that NSW government is on working on an upgrade of its almost 800 intersections that use two-phase traffic lights. I noticed under traffic management Sydney, these traffic lights held longer on the red signal that allow pedestrians more time to cross. That’s something I noticed differently from the places I’ve visited, pedestrians having more time on the walk signal.

While it’s the government’s duty to provide pedestrians’ safety, traffic control Sydney is an able partner in performing such duty, which I think is commendable coming from the private sectors. Sydney was lucky to enjoy such good partnership.

Sydney traffic Control Plan  while may need some reviews especially on models and testing, traffic management is able to ensure that every option for traffic upgrade is clearly for pedestrians’ paramount safety as well as motorists. Traffic delays are easily abated by quick response by traffic control men by putting up safety and traffic barriers. Warning signs are placed in a way that is not destructive to drivers. A month ago, a woman was killed as she was hit by a bus on a “moving blind spot” however Sydney’s traffic authorities were quick to dispel suggestions of banning buses from Hana Streets and others like busy intersections, as the act will not improve safety, and that upgrades of traffic lights is a better approach.

I literally walk in every street of Sydney and because I’m equipped with good traffic apps, I was able to avoid delaying and annoying traffic however I must as well be thankful on the way Sydney handles its traffic control and management. It has literally liberated me from the pangs of such a monster called “traffic”