The success in the transition from fuel powered cars to electric cars has led to the deep dedication to put electric motorcycles on the roads. It’s true that you don’t see as many electric motorcycles on the roads as you see electric cars, but the evolution of these electric cycles is on the right track. It’s also a fact that many parts used in these electric bikes were actually not dedicated to it but are made for other locomotives. However, today companies are dedicating themselves to improve this sector with some of the biggest electric bikes companies eyeing the security sector as this is where motorcycles are widely used. 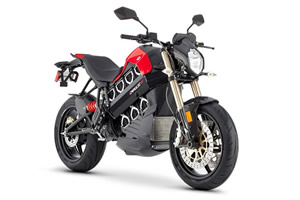 There are a few companies in the US who have invested in this unexploited sector with Zero Motorcycles being the notably king in this industry. Brammo is also into the industry and has been busy challenging its counterpart through provision of these motorcycles to security agencies as well as those companies that rely on motorcycle transport on daily basis.

There are many features of electric motorcycles that will make you drop your gasoline one.

This bike harbors the benefit is running silently and quietly. They do not produce that loud sound you always hear from gasoline motorcycles. This will let you ride your bike silently thus able to focus on your trip.

You will never find a bike that is environmentally friendlier as this bike. Since there is no burning of fuels, there will be no production of carbon monoxide that is characteristic with gasoline fuels. This ensures that riders will not inhale any poisonous fumes and that the environment is well taken care of.

If you feel that you need to change from the familiar design into a better design, then this bike is your choice. This bike comes with an improved design that is designed to accommodate the special features of the motorcycle. This design has however made some people take time to adapt to it especially to those who have been used to riding the gasoline motorcycle. However, it boasts a superb design as compared to the gasoline one.

Well, one thing you should recognize with an electric bike is the ability to recharge it. This bike has a rechargeable battery that allows you to ride for long before plugging in the charger. Some bikes can keep you on the road for 164 miles at 95mph thus very effective.

With increased discoveries and development, this bike is expected to be accessible to the common man. The latest bikes models are coming with improved features as well as a considerate price. In the near future, you will get a bike from $4 000 to #20 000.

Some of the latest bike models in the market today include:

These bike models come with an impressive 6-speed gearbox thus give you an awesome experience shifting those gears. It also has an excellent sitting position and user friendly controls. It comes with amazing features such as 10.2 kWh, 3 kW charger (220v), 470lbs, 66ft-lbs, 121mi. other models from Zero Motorcycles include:

In the coming days, these electric bikes will be a dominant figure on the roads just like the electric cars are creating their niche. Manufacturers and riders are banking on the amazing features and benefits of these bikes so as to make them a first priority bike.