Towers are tallest structure built by man. The most common use for towers is for transmission in Communications, Radio and TV broadcast, energy and wind applications. Towers are classified according to structure in two: guyed masts and self-supporting towers. 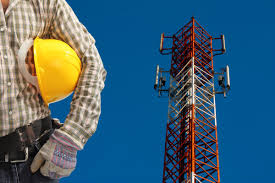 Guyed towers are lightweight to heavyweight towers that are designed to support lightweight to heavyweight antenna load and are supported with guy wires. Industries prefer this type of tower because it provides maximum strength, ease of installation and effectiveness. Common uses are for cellular and internet transmission, two-way radio, broadcast and homeland security. This type of tower is less expensive to built, transport and maintain.

On the other hand, self-supporting towers are built with three or four sided lattice structure made of steel rod, pole or angle that serves as its support. This type of tower is recommended when space is limited.

Two-way radio towers are basically guyed masts in terms of its engineering structure. Most of these masts are built with vertical antenna that can be mounted on other structure such as vehicles. Example of this type is trailer mounted masts used by amateur two-way radio in mining sites. Homeland security such as the police also uses this type of mast for security and surveillance. Wireless cellular towers also use this type of masts.

Guyed masts are cheaper to build however; building requires extended area surrounding them for guy wirings for support. A combination of partly standing and partly guyed is now available from tower builders. This type of masts is called additional guyed towers. Most of these additional guyed towers are designed for quick installation and termed as rapid deployment masts.

Commercially manufactured towers like guyed and self-supporting towers are built by licensed engineers following strict specifications. These engineers also designed the towers and they make their calculations in order to make it safe. Those who are building their own tower using commercially made towers must follow manufacturer’s specifications at the minimum in order not to over-stress or load and avoid catastrophic accidents.

One of the biggest mistakes of building commercially-made masts or towers is building more antenna than manufacturer’s specification. Towers are built stronger than engineer’s specification for reason of long term reliability, and so as not to put more antennas. Another big mistake of amateur tower building is ignoring the wind capacity of the area. Tower’s wind speed and antenna must be built within maximum parameter to avoid overloading.

If you’re building your own tower, it’s best to go to manufacturer’s website and ask more information on towers and follow every manufacturer’s advice.

If you want to know more about tower masts and might be needing to build one, contact http://australianradiotowers.com/