Uber Tecnologies has commenced its very first motorbike taxi services in Bangkok, where persistent congestion has led to a common traffic mayhem. Uber is now offering motorbike taxi services through their app. UberMOTO will provide passengers with the chance to get wherever they want to get to on the back of Uber motorbikes. The only drawback right now is that you just have to be in Thailand to enjoy this newly launched service. Bangkok residents and tourists can now take the rides to avoid the inconvenience of the ever congested streets, and get to their destinations fast. 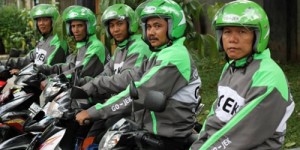 It is a smart move that is expected to revolutionize transportation in Bangkok areas of Siam, Sathorn, and Silom, before the service is extended to other parts of this fascinating city and maybe to the rest of the world. They have identified a vital market niche in Thailand, in which they have resorted to fill in the best possible form. UberMOTO will work exactly the same way as other Uber taxi services. You (as the user) just follow the same procedure like it has been with the other Uber services; you enter a pick up location, same payment method, and request a ride. The most notable difference is that with UberMOTO you will have to select bike option in the Uber’s app.

The move is expected to help enhance Uber’s presence in a region known to be dominated by its chief rivals. Through this act of diversification, the company is evidently embarking on an aggressive global expansion. Thailand is exactly the ideal location to try a motorbike network since motorcycle taxis is a site too familiar across the Asian country. So far, the move has been a success, and many locals and tourists are happy to have a new motorbike taxi company to boost the competition in the motorbike transportation service.

Prices are generally guided by the laws, and Uber is offering some of the best transportation prices in the land. In fact, it is said that it is one of the cheapest options in the country. This has contributed positively to its success.

Uber is teaming up with the Thai Traffic Police and the Head Awareness Club to promote safety. In the case of the newly introduced motorbike service, both the driver and the passenger will have to wear helmets in accordance with the local laws. Uber has stated that every driver will have an extra helmet for their passenger.